Family Meet was held on 18 December 2019. It’s a fun get-together for the staff of MBCET.
As many occasions comes around I must say family gathering or the reunion of peer groups makes the biggest event of a big family.
It’s the time when people relax from the hard times, get to know more about your dear ones strengthen their relationship bonding and share harmony and little sorrows that comes around.
A perfect family reunion will assemble for a meal, some recreation and discussion. The staff club 2017- 2018 started functioning from December 2017 with Dr. Sony George as President, Mr. Nirmal MS as Secretary and Ms.Manju Ann Mathews as Treasurer to strengthen theinterpersonal relationshipbetween the staff members.
The executive members were:

The staff club activities from December 2017 are as follows:

Staff Club in association with college management organized MBCET family get together and Christmas celebration on the eve of 20th December 2017. The function was blessed by the presence of His Beatitude Samuel Mar Irenios, the Auxiliary Bishop of Archdiocese of Trivandrum. The program includedcultural programs by staff and their kids followed by Dinner.Few of the staff got lucky and won few exciting prices in the lucky draw. The Christmas gifts for the Christmas friend was handed over amongthe staff members between December 13th and December18th, 2017. MBCET Staff club in connection with Women’s cell and College Senate conducted a cake fest on 20th December 2017, which was inaugurated by Assistant Bursar, Fr. Raju Parukoor. The amount collected from the Cake fest was donated to the families of Okhi Victims in a colony near Vizhinjam. Aerobics and fitness program was organized by MBCET Staff Club on 04-12-2017in which more than 25 staff members participated. The event was inaugurated by Rev. Fr. Raju Parukoor,and training program was coordinated by Mrs. Christi Francis &Mr. Deepak Raj of Physical Education Department. The Staff Cricket team of MBCET participated in Teachers Premier League at Cape Engineering College, Thalasseri. The team made good progress in the tournament and reached quarter finals after competing withvarious other colleges from different parts of the state. The staff club 2013- 2014 started functioning from July 2013 with Mrs Devi Priya V S as President, Mr. Biju Andrews as Secretary and Mrs.Jayasree M J as Treasurer to strengthen the interpersonal relationship between the staff members.
The executive members were

The staff club activities from July 2013 to September 2014 are as follows: One day staff tour programme to Ernakulam (KTDC tour Package) was organised on 3rd May 2014. The staff club 2011- 2013 started functioning from October 2011 with Mrs M. J. Jayashree as President, Mr. Biju Andrews as Secretary and Mrs. Luxy Mathews as Treasurer to strengthen the interpersonal relationship between the staff members.

The executive members are

The staff club activities from October 2011 to June 2013 are as follows:

Christmas day celebrations (22nd December 2011) included a skit, carol , Christmas songs , message by Bursar and Lunch. The gift for each Christmas friend was handed over between December 20th and December 22nd 2011. Staff Saving Scheme (SSS) was started from March 2012. There were six schemes under SSS. Under each scheme there were 10 members. Half of the amount collected from the first installment was given for charity as a part of decennial celebrations of MBCET. The remaining half was utilized for the welfare of the members of SSS. Staff Club celebrated Christmas on 21st December 2012. The gift for the Christmas friend was handed over between December 10th and December 21st 2012. Various programs like Christmas songs and carol were there. The Christmas crib was really amazing one. Staff Saving Scheme (SSS) ended in December 2012.The half of the money which was utilized for the welfare of the members of SSS was taken and gifts were given to the SSS members. The remaining money was given to two SSS members who was actually in need of that money and a part was also given to Sneha Sadanam. Trophies and medals for sports 2013 were distributed by our Bursar Rev. Fr Wilson Thattarathundil on19/4/2013. An one day staff tour to wonderla Kochi and Lulu mall was organized on 4/5/2013. 45 staff members participated. As a part of social service “contribution towards less privileged” was announced. The executive committee members of staff club have decided to collect clothes and books ( novels, stories etc… ) and handed over the same to Orphanage.

The executive members are Majority of the photos were taken by Mr Arun V.M of Civil Engineering Department. 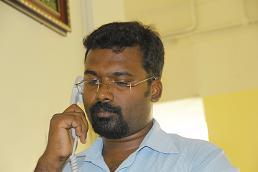 We thank our management and all staff members for their full support and co- operation.